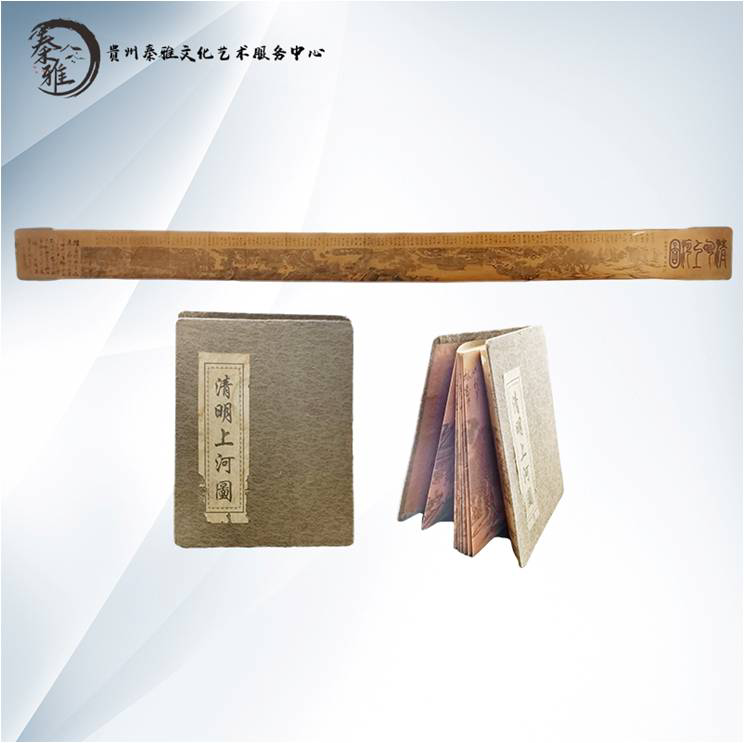 1. The picture of going to the river during the Qingming Festival depicts the situation of the capital city of Tokyo (now Kaifeng, Henan) in the Northern Song Dynasty, mainly the natural scenery and prosperity of Bianjing and both banks of Bianhe river. It was a folk custom at that time to go to the river during the Qingming Festival. Like today's festival rally, people took part in business activities. The whole picture is roughly divided into three parts: the spring scenery in the suburbs of Bianjing, the scene of Bianhe River and the market in the city.

2. From the picture of the river on the Qingming Festival, we can see the very distinctive artistic features, which are light and elegant in color and different from the general boundary painting, that is, the so-called "don't start a family". The composition adopts the bird's-eye panoramic method, which truly and intensively depicts the typical area of the southeast corner of Bianjing at that time. The author adopts "scattered perspective" to organize the picture. The picture is interspersed with various plots, which are well organized and interesting at the same time.

3. The picture of the river during the Qingming Festival, from the silent fields, vast rivers, towering city walls and business corridors, to the characters of boats and cars, shops, furnishings and market signs, is real and natural, making people feel like they are on the spot. The valuable thing is that such rich and colorful content has prominent subject and echoes from beginning to end, and the whole volume is integrated. Each character, scene and detail in the painting are arranged reasonably, and the picture relations such as density, complexity, movement and dispersion are handled properly. The whole work is long but not redundant, complex but not chaotic, tight and compact. It is like a one-off work. It is the object pursued and loved by collectors at home and abroad, and has high collection value and appreciation value.